The battle ropes are a workout staple, but what is the best way to get started? This post introduces you to the basics of this great workout tool and provides some tips on how to use them.

The battle rope is essentially a long, thick piece of woven cable that is attached to a handle on each end. The handles typically have grips that help you maintain your grasp during even the most intense workouts.

The benefits of using battle ropes include:

So Let’s Get Started! Get your ropes: There are two options for getting battle ropes; tying raw, loose ends of rope together or buying pre-tied ropes. Either way, work equally well and the choice is ultimately yours. For those new to fitness products such as these can be expensive so if you aren’t sure whether you’ll like it or continue using it, opt for a cheaper version which you can easily replace if it’s not ideal.

Get your hands on some towels – You will need something to protect your hands from rope burn when doing slams and lifts with them so having a few towels around will come in handy.

Find a workout space: Find a space that is clear of furniture and other heavy objects that might get tipped over during use (if you are at home). Then have a go at it!

The Workout: A beginner’s battle ropes workout will usually consist of the following exercises, but feel free to add your own twist or remove a few if you need to. The most important thing is that you have fun and push yourself in every exercise.

Warm-up: Don’t forget to get warmed up before doing battle ropes.

Below are some of the most common Battle Rope Movements:

These need to be done at a slower pace due to their longer range of motion. The focus behind these is just pure raw power. When doing these you want to keep the ropes just inside shoulder width then raise them above eye level and “slam” them down while squatting down slightly and hinging at the waist as the ropes hit the ground and repeat. The goal of these is to target your explosive energy system while hitting your abs and core. 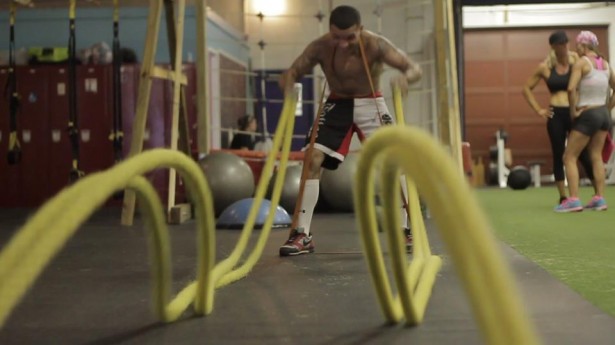 This is the most common way of doing the battling ropes. Holding the end of the ropes literate waving the ropes one arm at a time. These are all about speed hence the nickname ‘Machine Guns” the goal is to create as many waves as you can in the time you’re doing a set for. I like to use these after working front delta as the movement focuses on them. These are also great if you want to help tone the delts without direct impact or trauma in the case of boxing. These bad boys call for you to wave your arms in large circles for speed. Your right arm will move clockwise and your left arm will move counterclockwise. Two things will begin to happen the rope will show ‘spirals ‘or ‘loops’ moving toward the point of anchor this is normal so don’t panic. I like this movement because of the added ancillary work for the smaller external rotators of the shoulder. 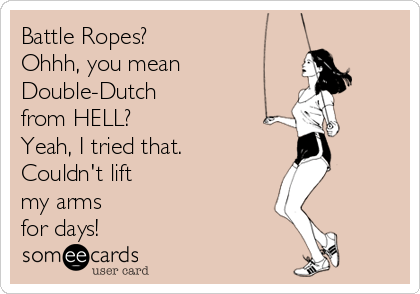 We can’t have a complete list without hitting the rear delts. Lateral waves place a great amount of tension on them. Hold the ropes out straight in front of you at shoulder height, bend your knees and clap your arms together. The effect is even more drastic when you drive your elbows back on each rep. Keep your chest ups as you whip the rope forward and back. Make sure you use a full range of motion on each wave while making sure the ropes do not overlap. 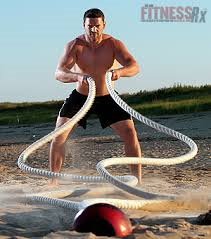 Think jumping jack except your holding the ropes with your palms facing in. These can be done in two ways; the first is facing the anchor point of the ropes to work the front delt. The second is facing away from the ropes while holding them and doing a jack facing away from the anchor point for the rear delt. I personally have my clients alternate between the two to help create balance. When doing the jumping jack make sure that ropes do not cross at the top of the movement.

Conclusion paragraph: By now, you should be ready to start your own battle ropes workouts. The exercises we’ve outlined for beginners are a great way to get started and just might have been the motivation you needed to take on this new fitness regimen. Now that you know what it feels like to build up some sweat equity with these quick-paced workouts, go ahead and give them a try at home or in the gym! Remember – consistency is key when working out so make sure to show up every day if possible. If not, don’t worry – there’s always tomorrow!

Wayne Mutata is the owner of iTrainStudio and is dedicated to helping individuals reach their health and fitness goals. As a personal trainer, nutritionist, leader, and motivator, he brings light into the Studio every day and positively influences those around him. You can follow him on Facebook at @iTrainStudio and on Instagram at @iTrainWithWayne or @iTrainStudio.Lancaster. For a free consultation, visit theiTrainStudio website! 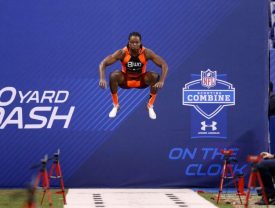 The 3 Best Jumping Exercises For Athletes

Comments Off on The 3 Best Jumping Exercises For Athletes 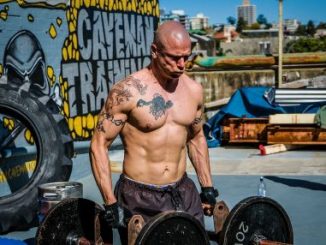 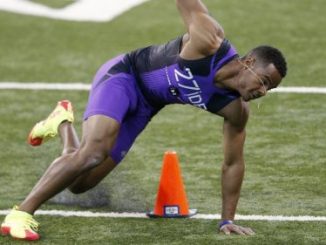 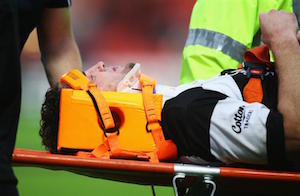 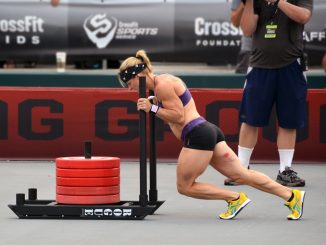