Walk into typical gym and a few things stand out: The bro a cut off t-shirt, the old dude wearing bikers spandex stretching spread eagle on the mat, and the same cardio queens snappin’ Instagram selfies on the elliptical.

Even more perplexing is the same people doing the same exercises day after day, week after week and not making jack-squat (pun-intended) for progress. While there are staple movements that make up the brunt of great programs variation is important both for progression and to minimize imbalances.

Case in point, the goblet squat.

The goblet squat is a movement most everyone (injuries non-withstanding) should perform. Still, all I see are barbell squats and front squats, often with hips shooting up early, poor depth and varus/valgus issues at the knee. Despite being a natural movement squatting with sound technique has somehow become a lost art.

Between sedentary jobs and inactive lifestyles basic movement quality sucks for most clients. Among most exercises what’s supposed to be a squat ends up looking like a quasi-modo twerking with a steel bar on his back. As you’d imagine, it ain’t pretty. Squats are a great tool, but like anything else, how you use the tool is most important. A hammer is great when hitting a nail, as long as you strike the nail instead of exploding your thumb.

As it is, the goblet squat is my preferred exercise when introducing the squat to new clients. Whether I’m working with an inexperienced athlete or a desk jockey with the mobility of a screwdriver, the goblet squat is an idiot-proof way to teach body awareness and squat mechanics. 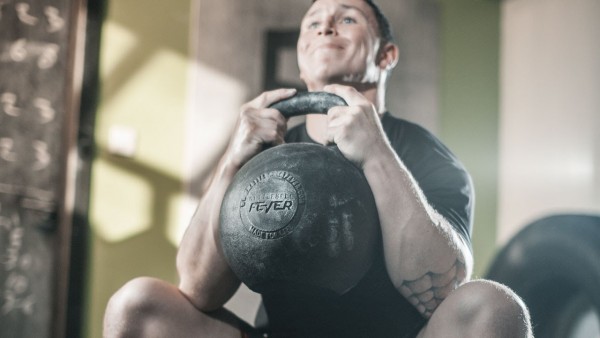 The squat is a common screening tool with athletes and clients who come into SHSP. Most times I’ll start with a bodyweight squat with the arms at shoulder width, progresssing to an overhead squat to see how thoracic mobility limitations are playing a role in movement. Most often knees start begin shaking, the heels leave the floor, and all hell breaks loose. More than common mobility restrictions like poor dorsiflexion or tight hips my concern lies with the lack of stability during the movement. The fact that so many athletes run around in the chaotic nature of sport with major instabilities sets off the alarms faster than deadlifts at Planet Fitness.

That in mind, the last thing I want to do is stick someone with mobility/stability issues abound under a bar and squat the living day-lights out of them. Instead, I’ll opt for goblet squats as my initial mode of lower body training.

Besides a wicked awesome name that conveys images of Lil Jon and his Crunk Juice goblet, the goblet squat offers a multitude of benefits.

Few exercises stimulate total body hypertrophy like squats. Problem is, most people suck at them. Piling volume on-top of dysfunction is a huge no-no, and squats are a frequent perpetrator. You won’t be able to load goblet squats heavy like barbell squats, but you maintain great form and not snap your spine in half during longer duration sets.

Aim for 3-5 sets of 10-20 rep goblet squats. Add pauses, mid-rep holds, and load these bad-boys up 100+ pounds if you’re able. This creates tons of muscular damage and accumulate of metabolic by-products from hard-work—setting you up for rapid lower body growth.

Those with poor coordination are better candidates for the goblet squat. Since the compact weight is held in front of the athlete it’s much easier to stabilize than a long, unstable barbell. Add in the fact that goblet squats strengthen the anterior core, upper back, and create tension with lighter loads you have a winner.

Anterior bar placement keeps the torso vertical, preventing the hips from going into excessive tilt, and requiring greater oblique and rectus abdominus involvement to prevent flexion. This change in the position is similar to front squats as it alters the center of mass and places a greater emphasis on the quadriceps, upper back, and supporting muscles of the trunk. The spine stays more vertical, lengthens the lats, reduces shear stress on the spine and requires extra core involvement to keep you vertical.

Vertical Spine position and less shear stress on the spine:

Per the increase in anterior core engagement, the spine stays vertical, lengthens the lats, reduces shear stress on the spine. Altogether, this requires extra core involvement to keep you upright. During de-load periods heavy goblet squats opposed to back squats deload the spine and nervous system.

If you’re traveling or don’t have any room to squat because some hair-gelled douche is curling in the squat rack then goblet squats are an awesome substitution to hammer your legs. In all seriousness, exercise doesn’t need to be complicated, it just has to be effective. Find out more on Exercise Minimalism in my three part series here, here, and here.

Too many novice lifters don’t realize the importanace of keeping the upper back tight because they don’t lift enough weight to get stapled forward. With even moderate weights, the goblet squatter feels his upper back and must retract the shoulders to hold ideal position.

Many young athletes and inexperienced lifters lose lumbar stability in the bottom of the squat, bounce out of the hole, and lose integrity of the lumbar spine.

To engrain tightness and technique in the bottom of a squat goblet squats with a pause are perfect. The anterior load forces anterior core engagement and abdominal bracing when the lower back is most prone to injury– the bottom of a squat. Adding a pause allows time to check alignment of the hip, knee, and ankle to prevent pronation/supination of the foot and valgus/varus stress on the knee.

How to Goblet Squat:

Enough about epic gainz you’ll get from goblet squats, here’s how to do them.

Hold a dumbbell (or kettlebell) with both hands underneath the “bell” at chest level, and set your feet shoulder-width apart with your toes pointing slightly outwards (a). Push your butt back like you’re sitting in a chair and descend until your elbows reach the inside of your knees. (b). Keeping your heels flat, pressing jnto the floor, pause at the bottom of the squat, and return to a full standing position. If your heels rise push your hips further back and work on partial ranges of motion until mobility and form improve (c). Repeat for three to four sets of 8-10 reps.

Here’s a video of my beastly client Raven hitting some goblet squats. Despite the fact that he hits 700lb squats for fun it’s still important to ingrain movement skills to limit potential weaknesses and deficiencies.

          Think tall chest with the shoulders squeezed down and together

          Descend to your deepest depth without losing lumbar integrity (a.k.a. buttwink. Which is not about the Hamstrings, a must read by Dean Somerset)

          Reverse directions, driving the feet evenly into the ground and returning to a stall standing position. Squeeze the glutes at the top, rinse, and repeat.

The bodyweight squat and overhead squat are two tests used for assessments for good reason: they show coordination and movement in a basic movement pattern.

I prefer this progression as it reinforces movement quality in a limited range of motion (ROM) and gradually increases ROM and difficulty as the trainee advances.

From here, you can take your goblet squat to a front squat or back squat with a more refined movement pattern and better total body stability.

By now you’re well versed in the goblet squat. The goblet squat is great for teaching technique to beginners, re-inforcing correct mechanics, and a deceptively awesome tool for hypertrophy. Yea, it’s not ideal for maximum strength and power development, but lets be real—more trainees would benefit from building sound mechanics of a goblet squat before piling weight on a faulty foundation. Whether you’re new to squats or can’t squat due to hair-gelled curl in the squat rack guy the the goblet squat is a high-performance training tool you should be doing.

Bach is a Denver based strength coach and fitness author who owns and operates Bach Performance, He is a passionate ex-athlete turned performance coach to athletes, ex-athletes, and busy professionals everywhere to increase their strength and athleticism. Be sure to follow him on Facebook and Twitter for more from Eric. 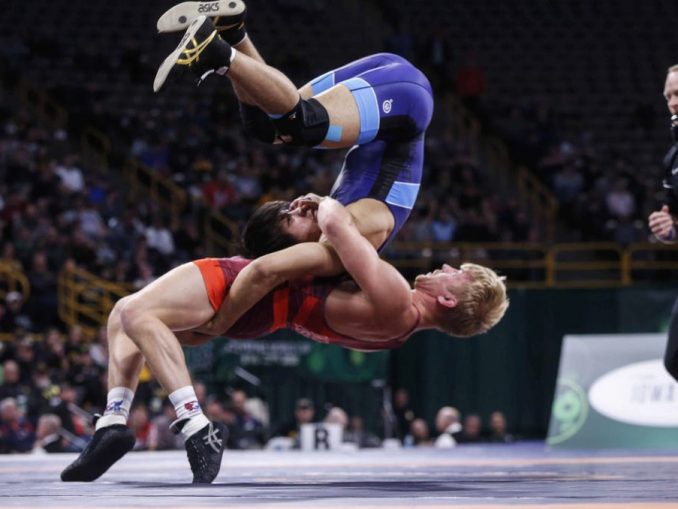 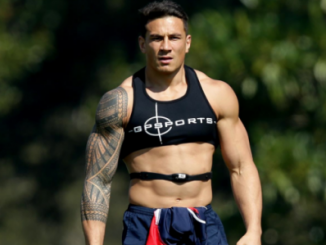 Exercises to Increase Your Athleticism 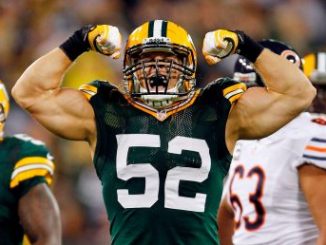 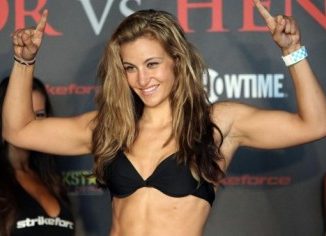 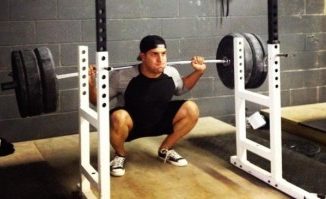