We know pre-workout supplements are great for improving training sessions, but does that directly translate to the actual game?

When it comes to the various supplements available, one question that ultimately always shows up is how effective they are outside of strictly training and workout scenarios and actually in a competitive sport or event. And while all supplements are generally considered, pre-workout supplements are often the most commonly talked about due to their effects happening right before anything starts.

I’ve been in the fitness and athletes for years at this point and have worked with my fair share of different athletes. Not only that, but many of my friends are athletes and fellow coaches and trainers for a variety of other sports, ranging from basketball, baseball, tennis, golf, rugby, and even powerlifting. This is meant to say that I’ve been around fitness for a while and have had pretty regular talks when it comes to supplements and how they work. 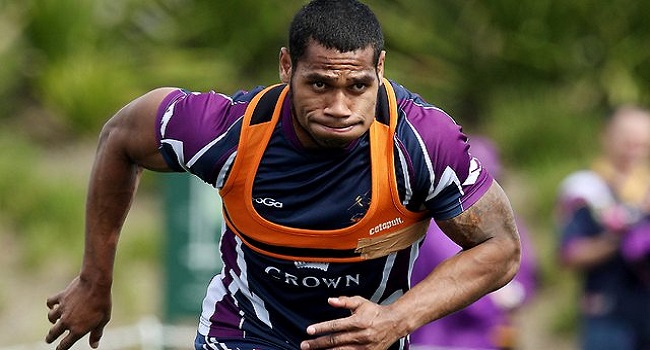 One of the most common points I’ve heard about (either as a question by a client or an observation by a colleague) is around pre-workouts and their use outside of strictly workout and training use, and in actual games. And while it certainly makes sense that pre-workouts would have a positive effect on people when performing in a game, I wasn’t convinced. Games and training, while similar enough, aren’t 1-to-1, with many factors coming into play in an actual competitive match that otherwise wouldn’t in a strictly training setting.

As such, while I was open to learning more on this topic, I was a bit skeptical that there would either be any scientific evidence that there were significant improvements when taken before an actual game. So I decided to take a serious look at the research to see if the benefits being described were as great as people let on while also seeing if any drawbacks were being conveniently forgotten.

What I found was pretty impressive. 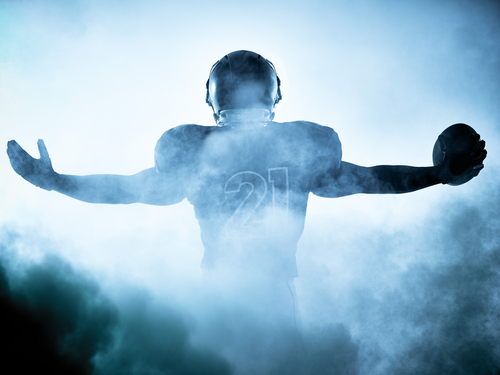 First, What Do Pre-Workout Supplements Do?

Before we start jumping into how pre-workouts work during a game, it’s worth knowing how they work in general.

Pre-workouts are a multi-ingredient dietary formula that is expressly designed to help increase energy output and enhance athletic performance. Many include important ingredients like caffeine, amino acids, creatine, as well as beta-alanine. These all have various effects on the body and are all meant to push you to the next level based on the quality of the ingredients and how much you take.

Can Pre-Workouts Help Before A Game?

So, if pre-workout supplements are known for improving athletic performance while training or working out, it only makes logical sense that this would translate over to competitive sports as well, right?

Well, yes, but it’s not quite so simple.

The reality is that, while athletes can indeed enjoy a lot of benefits from taking a pre-workout supplement, there are also some factors that you need to consider before taking anything before your next big matchup. 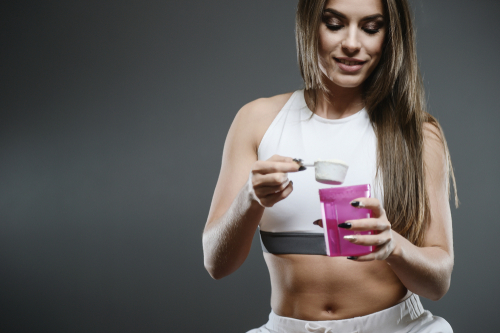 Benefits Of Pre-Workout Supplements (Before A Game)

While you shouldn’t expect insane improvements to your physical strength or overall energy levels with a pre-workout supplement, there are some tangible and observable results that you can expect to see in both areas.

While improved energy levels are expected due to many supplements, including caffeine, the improved strength is largely thanks to the inclusion of creatine. Creatine is one of the more thoroughly researched supplements out there and has been shown to exhibit a visible strength increase that can give you an edge when performing. [1]

One of the other big ways that pre-workouts can directly improve your exercise performance during a game is by improving your overall sense of focus and motivation. As mentioned earlier, games and practice aren’t the same. The reality is that, as much as we’d like to believe that the two are interchangeable, competitive games are inherently more stressful by their very nature.

What was not expected was that pre-workout supplements worked better than expected when it came to improving mental focus and keeping people’s “heads in the game” much better than otherwise. This is due both to the aforementioned caffeine as well as the inclusion of citrulline.

Not only has caffeine been shown to assist with improving one’s energy levels, but it is also great when it comes to increasing mental focus and memory. Similarly, citrulline is a great supplement to this due to its ability to reduce feelings of mental stress and muscle fatigue and increase blood flow. [2]

This means you’ll not only be more focused while performing, but you’ll be able to stay in that focused state longer while taking a pre-workout drink.

Lastly, pre-workoutsw have been shown to help with increasing one’s physical stamina as well as reducing overall soreness. This means you can stay on the field longer with much shorter rest times taken when you do need to take a break. And, when you consider just how vital every second is during a game, being able to stay in longer and jump back in quicker can be all the difference in the world between losing a matchup and winning it.

The reason for this impressive turnaround is the inclusion of beta-alanine as well as branched-chain amino acids (BCAAs). Beta-alanine, like citrulline, works to reduce fatigue. Here, the amino acid works to prevent and reduce acid buildup in your muscles, allowing them to push harder and longer. [3]

On the other side of things, BCAAs work to increase muscle mass while decreasing muscle soreness. As a result, you won’t feel nearly as sore or exhausted once you have the time to rest, ensuring you can jump back in much faster than your counterpart that isn’t taking a pre-workout supplement.

Drawbacks Of Pre-Workout Supplements (Before A Game)

On the flip side, pre-workouts, while very useful, can also have their drawbacks and side effects that can depend on the nature of the game, making them not worth the benefits offered.

One small example of this is the increased water retention that comes from creatine. While this ingredient is very useful for improving your strength, its inability to keep you from sweating and keeping yourself feeling hydrated can have a slight but noticeable effect on your athletic performance. And while you’re never going to be so far off that you’re going to pass out from dehydration, it can work to actively remove any advantage you’d normally have from many of the benefits offered by a pre-workout supplement.

One of the bigger issues, however, is the inclusion of sugar alcohols and artificial sweeteners. While these aren’t in every pre-workout drink, those that do have it can cause some serious problems to a person’s digestive process. This includes things like gas, bloating, and even diarrhea. These things are embarrassing and disruptive all on their own. When included in a game, you can seriously run the risk of stopping the entire show for your team if you aren’t careful.

Lastly, like with creatine, caffeine has a lot of benefits for those taking pre-workout supplements. Still, you’ll want to make sure you don’t want to overdo it. Taking in too much caffeine can result in increased blood pressure where your heart is pumping more intensively as possible.

This issue, while problematic on its own, becomes considerably worse when you factor in that you’re in a high-stakes game where you’re pushing your body to its limits for as long as possible. If you aren’t careful, this can very easily lead to a health danger risk depending on how much you take in relation to how hard you’re pushing yourself on the court. 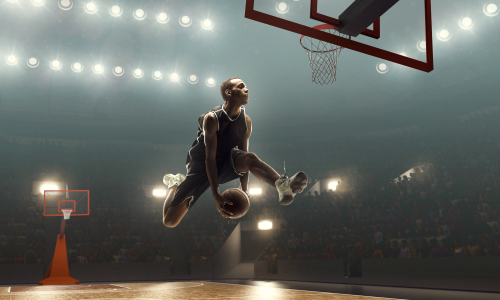 What To Look For In The Best Pre-Workout Supplement

While most pre-workout supplements are going to work well enough while training, the same isn’t true when it comes to competitive games and events. Here, you’ll want to make sure you’re using quality supplements that restrict many of the potential drawbacks of supplements while building up their benefits.

You’ll want to make sure that whatever supplement you take has ingredients from a reputable source. Not only that, but they should be free of any artificial sweeteners and sugar alcohols while also having a reasonable amount (1-2 cups) of caffeine per serving.

Lastly, your supplement must be third-party tested. This means that a company like U.S. Pharmacopeia (USP) or NSF International has already taken a look at what’s in your intended supplement and can confirm or deny if what’s been labeled has any merit or truth (primarily due to many companies lying and misleading their customers).

Not only is third-party testing essential for your health, but it also plays a huge role in ensuring you don’t get caught taking in banned substances that could remove any victory you’d otherwise have gotten.

All in all, there is a lot more going for pre-workout supplements than I ever gave them credit for. As it turns out, provided you’re using a good brand, there are very few things you need to worry about when it comes to taking a pre-workout powder before playing a competitive game.

So long as you ensure your timing and dosage are the same as normal, you should be able to see dramatic improvements to your past gaming performance, potentially being all it takes to win a game that you otherwise may not have. 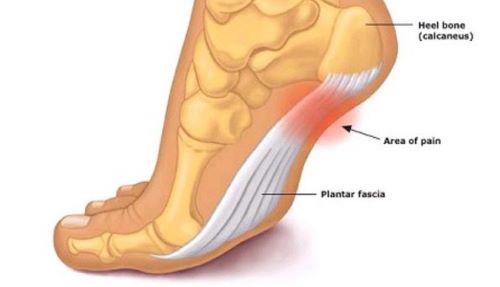 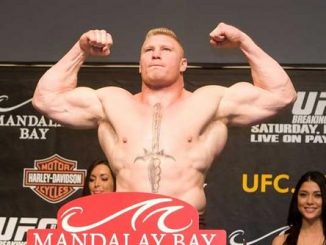 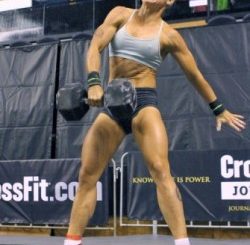 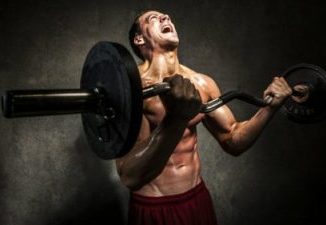