The trap bar, also known as a hex bar has become a bit more common in gyms over the past few years and for good reason, it is an awesome piece of equipment. The problem is it is still far too underutilized. It usually just sits in the corner all alone like a nerd at a seventh-grade dance. The trap bar is something everyone should be using and a lot more often. It has numerous benefits and is in some ways superior to a straight bar. All it needs is a little love.

Having a badass piece of equipment like the Rogue Trap Bar

It may look funny to some and novice lifters may not quite know what it is for, but if you take the time to try it out it will be well worth your while. 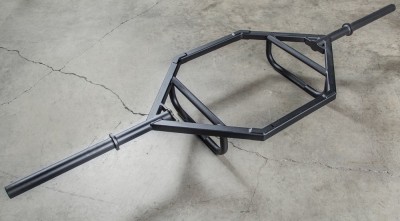 Advantages of the Trap Bar

One of the main reasons the trap bar is preferred by some is because it puts less stress on the lower back when deadlifting and doing other lifts. This is because the weight is directly below the hips when doing a trap bar deadlift rather than in front of you like it is with the conventional deadlift.

Another big advantage of the trap bar is the fact that you grip the bar with the palms facing each other in a neutral grip. This can be a more comfortable and natural position for the elbows and shoulders especially than using the trap bar for pressing and pulling movements. Anyone who has lifters elbow or shoulder pain will definitely appreciate the use of the neutral grip.

These are the best exercises to be doing with a trap bar. 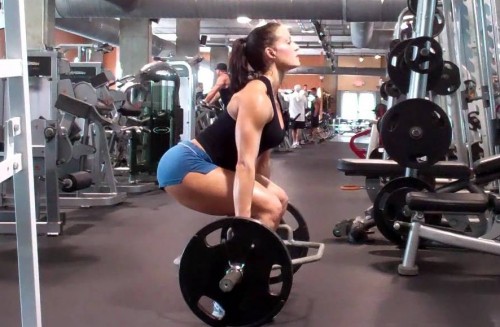 This should come as a surprise to absolutely no one. Especially considering I already mentioned it in this article and there are so many benefits to doing deadlifts with a trap bar.

As I mentioned earlier the trap bar deadlift puts less stress on the lower back than the conventional deadlift due to the weight being centered below your hips rather than in front of you. Studies have also shown an ability to lift heavier loads with the trap bar vs a straight bar so if you like to go heavy the trap bar will let you get your beast on. Another nice plus is not having to worry about scraping the crap out of your shins with the trap bar either. That in itself is a huge win.

The trap bar deadlift is also easier to perform than the straight bar variety for beginners. The way it is constructed leads to a more upright torso position with far fewer technical necessities than a traditional straight bar deadlift.

Some trap bars have a raised handle on them, some people like this and some don’t since you can’t go as low on the deadlift with the raised handle. Personally, I like to go lower so I flip the bar over so that the raised handles face down and I use the handles on the underside of the bar. This is a great option for those who want to go lower, but I almost never see anyone take advantage of the lower handles over the raised ones. 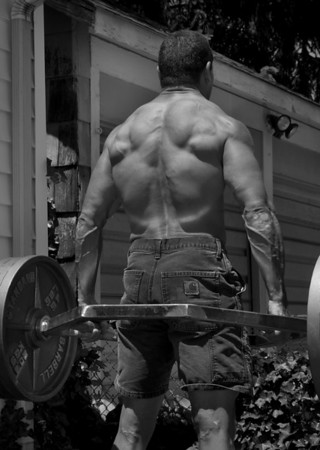 This one is a no-brainer. If you want to get a set of traps like Goldberg you sure as hell better be doing some shrugs. Personally, I have never felt shrugs with a straight bar hits the traps near as well as doing shrugs with dumbbells or a trap bar, not to mention the shrugs with a barbell in front can be a little rough on the third leg if you know what I mean. Trap bar shrugs put the weight directly at your side like dumbbells and still lets you use heavy weight since many gyms don’t have dumbbells heavy enough for those who want to go full beast mode. The trap bar allows for heavy loads and a better range of motion than the straight bar.

You can’t fake it with the trap bar either. We have all seen some clown with WAY more weight than he can handle doing shrugs with a straight bar. The problem is, he has little to no range of motion and is basically dry humping the bar working little more than his ego. Sorry to all you barbell humpers out there, but that won’t work with the trap bar. Check your ego at the door and actually work the traps instead of the pelvis. It will benefit you more in the long run. 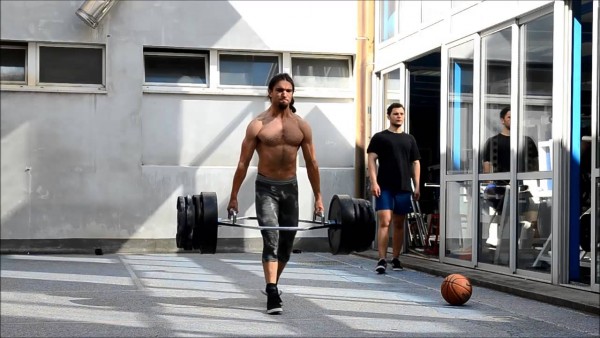 Over the past few years the farmers carry has become much more popular and a trap bar is a perfect tool for it. People traditionally use dumbbells for the farmers walk, but they tend to bang against your legs while you are walking and make it rather clumsy. The trap bar lets you walk more freely. Also, with the dumbbells, you have to worry about dropping one on your foot if your grip gives out and turning your foot into a pancake. With the trap bar, this is not an issue nor is being able to find enough weight for you to handle. 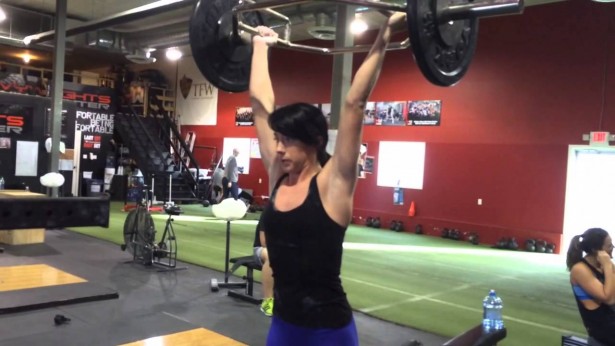 The overhead press with the trap bar is one that can be a great shoulder safe alternative to presses with the straight bar. Being able to have your palms facing each other while pressing is a bit more shoulder-friendly then the usual palms face out. Another benefit is not having to crank your neck forward or backward to accommodate the bar going in front or behind.

I would NOT use the raised handles to do the presses though as it would be tough to balance it like that. The reverse side standard bar height handles should be used on this and you may want to use a rack while doing this especially to start cause it can be a little tricky to balance. 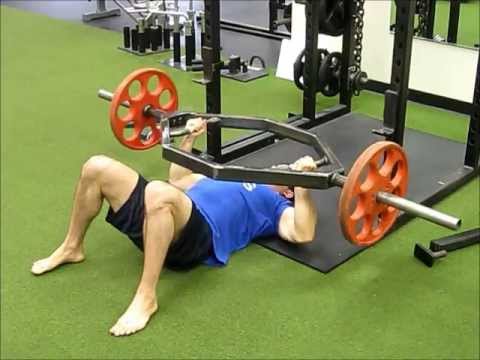 I have actually seen this done with a trap bar on a bench press as well, but most gyms don’t have that kind of set up. That’s ok, the floor works just fine, but I would recommend using a rack if you can. If you don’t have a rack you can still make it work, you will just have to put the bar up on blocks so you can get underneath it, unless you are some sort of Houdini contortionist and can manage without the bar being elevated, kudos to you if that is the case. 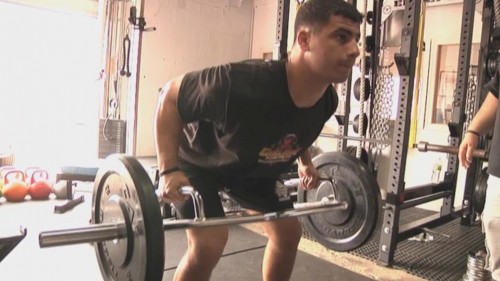 This is another good one to try if you haven’t already. The neutral grip is a big bonus for those people who have wrist, elbow or shoulder issues. Also, the weight is more centered under you which takes pressure off your lower back as it does with the deadlift. It also gives the movement a more natural feel than the barbell does. Another nice thing is you don’t have to worry about bashing your knees with the bar and you can get a good squeeze at the top because the handles allow you to pull the weight back further without the bar hitting you in the torso. Try these instead of barbell rows next time and you may never barbell row again.

There you have the trap bar exercises you should be doing. The main advantages of the trap bar are the neutral grip and the center of gravity being centered rather in front of you. If you haven’t added this tool to your weightlifting routine it is something you should strongly consider, it is well worth it and will become more and more commonplace in gyms as the years go by. 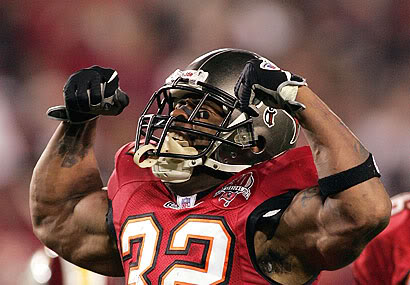 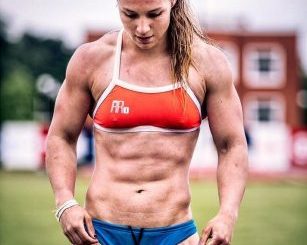 Comments Off on The 10 Fat Loss Commandments 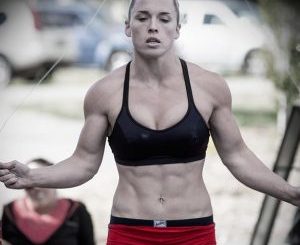 Comments Off on Jumping Rope: The Underrated Athleticism Exercise 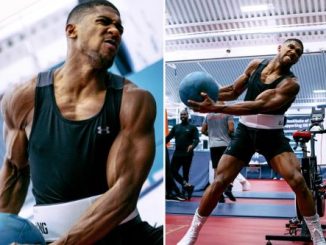 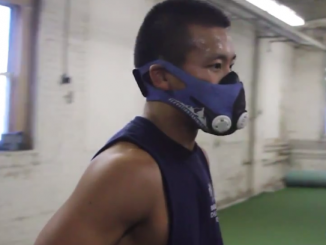