“Crossfit is distinctive, if not unique, in its focus on maximizing neuroendocrine response…”

I took my Crossfit Level 1 in the fall of 2012  and while I definitely enjoyed it (met awesome people, learned some pretty cool stuff) I also distinctly remember feeling annoyed at how much the term ‘Neuroendocrine Response’ was thrown about but never satisfactorily explained.

..but we didn’t get much of an explanation of what was actually going on other than that  it was 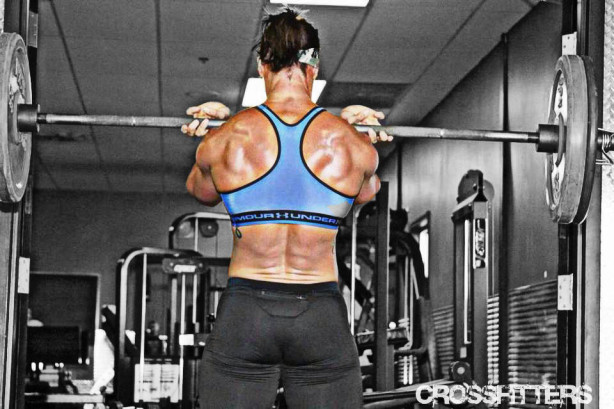 To be fair it was only a 2-day course, there was a lot of content to cover and its understandable that the course didn’t go into full nerd-level with detail. And if you look at ‘Foundations’ in the journal it does go slightly more in-depth

But that still doesn’t really explain how or why it works. Now, I understand that for a lot of people knowing it will create results is enough, they don’t want to know how and why it works and that’s ok. However, as a coach and trainer, I  think it is our responsibility to actually understand the hows and the whys and if anyone wants to ‘promote’ Crossfit as a better type of exercise based on the fact that

they had better be prepared to explain what this means.

As Glassman stated in Foundations, the term ‘neuroendocrine response’ (adaptions) refers to the interaction between our nervous (neuro-) & hormonal (-endocrine) systems, in particular with regards to exercise. Hormones are chemical substances that act like messenger molecules in the body. Now there are A LOT of hormones in the human body, but some of the more crucial ones, when it comes to muscular development and increased strength are

Testosterone is produced in the sex organs and is often referred to as ‘the male hormone’ because of the development (and maintenance) of several male sex characteristics;  but it actually has an important role in both the male and female body. The level of testosterone produced by our bodies is affected by how much we

and the more testosterone our bodies produce the more our bodies will build and maintain muscle and hold onto fat stores less. 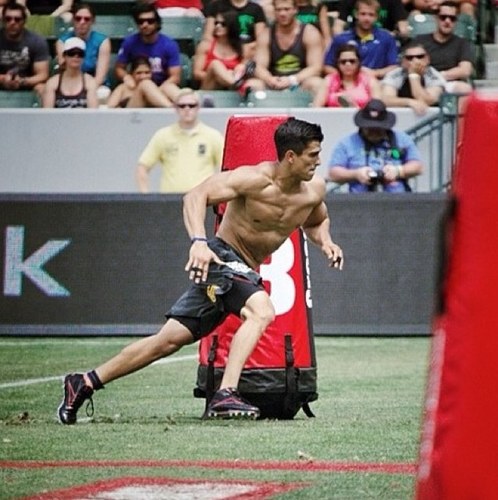 Produced and secreted by the adrenal glands GH’s primary function is to promote growth of structures within the body (well duh…). Among other things GH regulates protein creation, fat breakdown & muscle-building; all of which is mediated/assisted by IGHF-1 (sort of like a mediator)

GH is also associated with appetite control via the production of pancreatic hormones that regulate blood sugar (glucose) levels, and similar to testosterone, ‘optimal’ levels of GH and IGHF-1 depend on whether we have proper

Insulin & Glucagon are pancreatic hormones that controls our blood sugar levels by converting glucose into glycogen for storage when levels are too high (insulin) or taking glycogen stores and turning them into glucose when levels are low (glucagon). 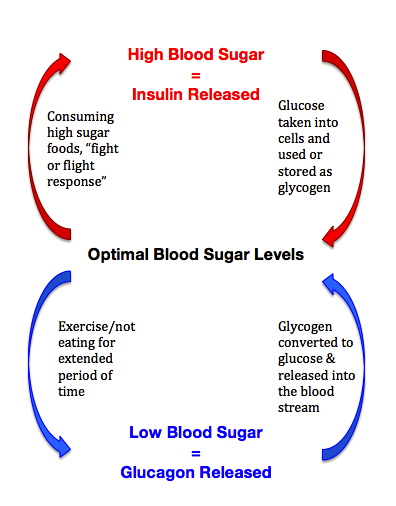 Insulin often gets a bad rep because ‘insulin resistance’ is a condition associated with weight gain, damaged arteries and type II diabetes; but this only occurs when insulin levels are chronically elevated due to unhealthy habits related to food, sleep, exercise or stress (noticing a trend?).  For most people – unless they have a genetic condition like type I diabetes – a healthy lifestyle is all they need to keep glucose, insulin and glucagon levels in check.

Norepinephrine and epinephrine  (also known as adrenaline) are released under high-stress “fight or flight” situations in order to ‘prepare the body’ (e.g. increased heart rate, blood pressure, glucose levels etc) to react. Cortisol (a catabolic hormone) is also released when we’re ‘stressed’ and one of its key roles is to increase blood glucose levels and provide a readily available energy source should we need to  “fight” or “run like hell”.

Unfortunately, the body can’t differentiate between the different types of stress

and as a result, a large portion of the population is walking around with elevated levels of stress hormones. So not only are they constantly ‘feeling stressed’ (not fun) but also all our hard-earned work is being undone because of cortisol

But wait, doesn’t exercise ‘stress’ the body? and isn’t that supposed to be a good thing? Yes, exercise does stress the body, however, any of the negative effects of the cortisol is offset by endorphins we release during exercise.

Neurons (the ‘messengers’ of our nervous system) are responsible for taking information to and from various organs and tissues throughout the body, including our muscles. When we ‘decide’ to do a certain movement electrical impulses are sent from the brain and carried through the spinal cord to the associated muscles via hundreds of tiny motor neurons. When our muscles sense/feel something (e.g. pain), the reverse happens and a signal is relayed via sensory neurons from the muscles to the brain and we react accordingly.

The site where the neurons and muscles meet is called a ‘Neuromuscular (NM) Junction’, and a single neuron is responsible for simultaneously activating multiple muscle motor units (the exact number varies depending on the type of action in question – e.g. facial expressions vs flexion of the biceps brachii)

When the motor-neuron at a NM Junction ‘fires’ so do all of the muscle fibers it controls, and they contract at full force.… wait, so every time its a maximal effort? but what about when I do my 50, 60 or 70% squats? that’s not full effort?

Yes and no, each unit will contract at full force but the total force of a muscle action will vary based on

and both of these factors can be influenced by our ‘training status’. (i.e. how in shape, or out of shape we are) 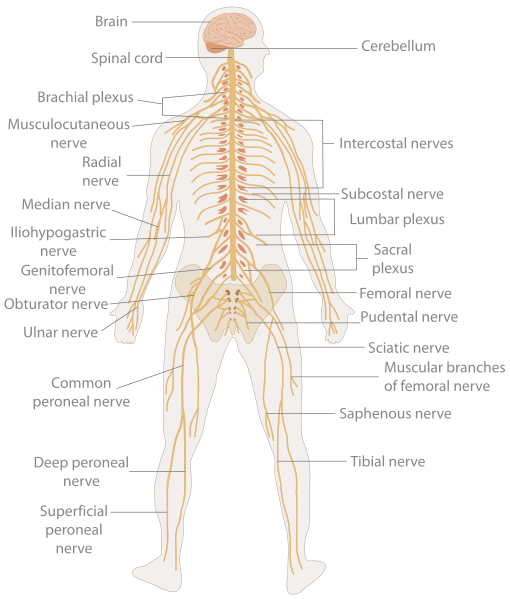 The more muscle groups (and NM junctions) involved, the greater the force generated which means that functional movements (which engage multiple muscles and require us to use the whole body) are capable of creating much more force than isolation exercises. And the amount of force produced can be increased over time by repeating the movements  (aka practice) because this results in more efficient & coordinated communication between the muscular and nervous systems.

NM Junctions that fire frequently produces more ‘forceful’ movements and the capacity to do so is largely based on genetic design (i.e. does the junction stimulate muscles in the fingers or the quads?) but prolonged stimulation of any junction (“powerful or not”) can lead to NM fatigue. When the junction becomes fatigued is when we see a decrease in our performance  because of

All of which contribute to a reduced ability to generate force. This breakdown is inevitable; however, the rate at which we reach the NM fatigue can be slowed down by increasing our fitness levels.

So essentially the more neurons/motor units that we stimulate, the greater a force we can generate and our ability to maintain this force depends on how quickly we fatigue. What this means is that by training the CNS (central nervous system) and muscular system to ‘communicate properly’ we can see significant increases in strength even if there isn’t any increase in size. 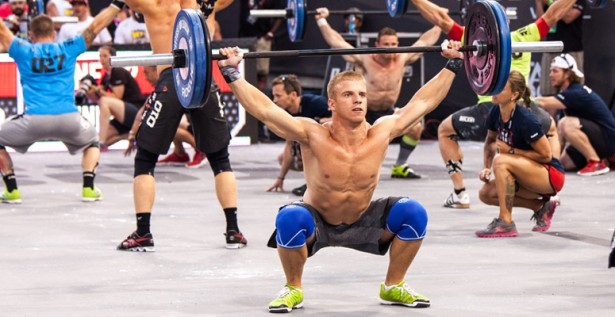 Ok, so now you (hopefully) have a brief understanding of how the endocrine system and nervous system work so let’s tie them together and address the concept of the ‘Neuroendocrine Response’ and what it is that makes Crossfit and weightlifting is so damn effective.

Keeping in mind what I mentioned in Part I and earlier in Part II it begins to make sense why movements which….

….hmmm sounds pretty much like Crossfit, or a fast-paced lifting session… 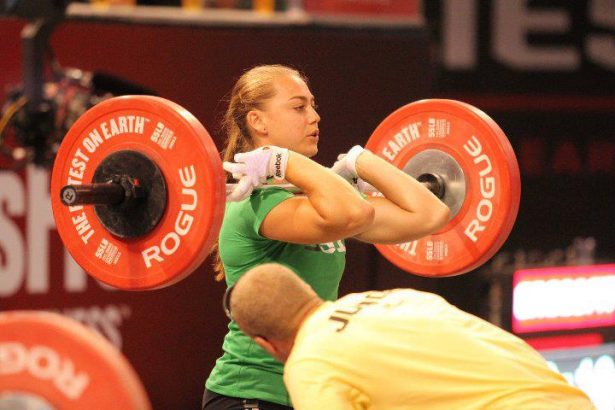 So essentially doing full-body movements, lifting weights and upping the intensity is the most effective way to train and while Crossfit definitely meets the requirements this doesn’t mean everyone has to do Crossfit to see results. Greg Glassman didn’t invent the Neuroendocrine Response, he started a movement which based its training style on getting that Neuroendocrine response, but that doesn’t mean other types of exercise can be just as effective.

So where does Insulin/Glucagon and the ‘Stress Hormones’ come in?

Insulin and glucagon control blood sugar levels, and blood sugar = fuel to exercise, i.e. its important to have ‘normal’ levels of blood glucose otherwise it becomes difficult to perform optimally. Blood sugar levels go up and down naturally, but drastic spikes (in either direction) are a good indicator that ‘something is wrong’, and usually this is related to elevated levels of cortisol (stress hormone). 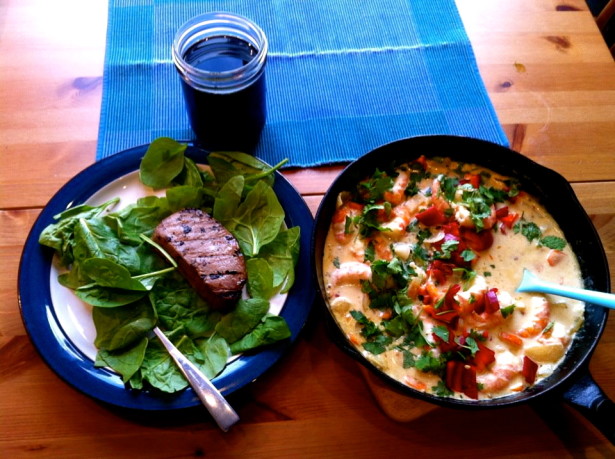 Regular exercise can help regulate our cortisol and blood sugar, BUT only if we are eating/sleeping properly this AND taking sufficient rest days (and I don’t mean ‘easy WOD days’ I mean rest days); otherwise we risk ‘overstressing’ the body and when this happens we stuck with elevated cortisol levels and risk of

The ‘neuroendocrine response’ refers to an interaction between our hormones & neurons (endocrine system and nervous system) and how that contributes to the development of muscle and strength development. Because of the nature of ‘Functional Movements’ (recruitment of multiple NM junctions & muscle groups) by integrating them into our training sessions we can see greater increases in strength and lean muscle mass while simultaneously decreasing fat stores. However, it isn’t just the movements that matter, it is how we do them and it has been shown that intense exercise (high resistance, moderate to high volume and minimal rest periods) enhances the effectiveness of functional movements even more. But more importantly, there’s the fact that without proper nutrition, adequate sleep and a (relatively) balanced lifestyle the body will release stress hormones and if we can’t get things under control these hormones can do serious damage to our training and our health.

So go out there, lift heavy weights for time (with good technique), kick-ass and don’t forget to eat, sleep and smile. 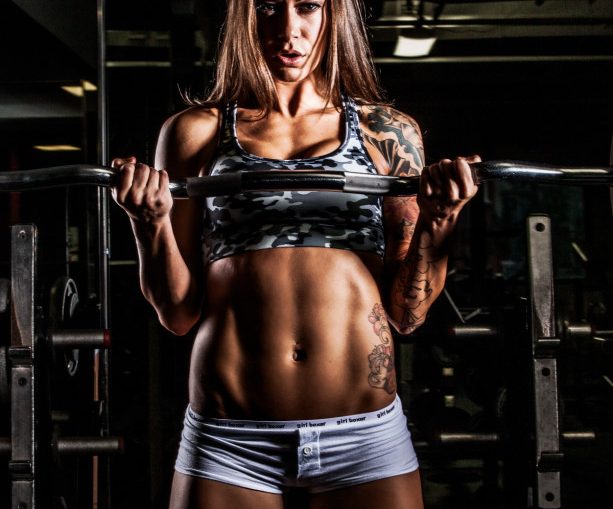 3 Mistakes Women Make in the Gym 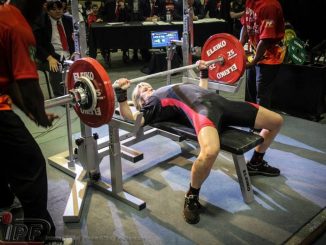 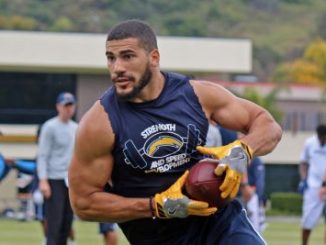 A Simple Guide To Periodization For Muscle Building 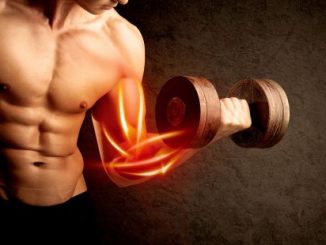 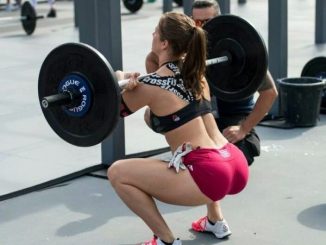