I hate to say this when it comes to speed mechanics, but if you’re working on strength and plyometric exercises alone, you’re making a pretty big mistake.

Spending time performing plyo and strength exercises is indeed super important for getting faster. However, what so many people just IGNORE is focusing their time strengthing their CORE.

If you expect to improve your sprint speed, I’m telling you, YOU’RE GOING TO HAVE TO STRENGTHEN YOUR CORE.

The reason for this is pretty simple. Your body is a singular unit that is interconnected. Now, that doesn’t mean killing your squat game is going to magically mean you can deadlift twice your current max (though it actually will help more than you’d think). What it does mean is that from your upper body to your lower body, you are connected.

And that connection is primarily housed through your core. Your core is the key to running faster, exercising longer, and pushing harder throughout your workout. Every one of your movements is performed thanks to your core transferring force throughout your body.

This is especially true when performing a sprint. By using your core muscles to transfer incredible amounts of force and energy into your legs, you PROPERLY EMPHASIZE your leg strength to sprint at even faster speeds.

By focusing on strength and plyo at the expense of your core, you’re not going to be able to utilize every ounce of your body’s actual force. Even if you have the legs of Adonis, without a strong core, that just means you have so much wasted speed left on the table.

A great way to think of it is like your core acting as a force dam or stopper. The stronger that dam is, the less energy is leaking out of your legs when pushing. Conversely, a weaker dam just means more and more leaked energy. THIS NOT ONLY RESULTS IN YOU RUNNING SLOWER BUT SLOPPIER TOO!

Below, I’ve curated several exercises that you can do to strengthen your core. In addition to helping you with your speed, these exercises will include stability, flexion, and anti-rotation exercises. While there are others you can do outside of these seven, it’s vital that you master and complete these before jumping into anything extra.

After reading the list, I’m also going to get into the best way for you to seamlessly introduce these into your current workout routine, ensuring you are always maximizing your training. 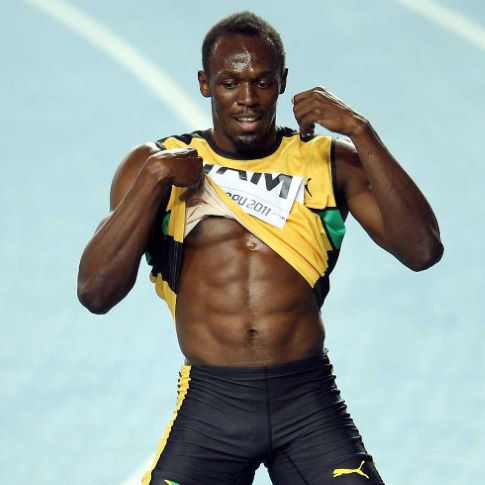 As stated above, if you expect to increase your speed, you will need to have a strong, stable core. The best way to improve that core stability is with core-based exercises. These train the abdominal muscles, allowing you to stabilize your body when performing an action more effectively.

Below are three core exercises that you can do pretty much immediately. These workouts will help develop your transverse abdominis muscles as well as your other stabilizers, ultimately helping you sprint faster and push yourself farther.

The Seated Dead Bug, while sounding weird, is a great core exercise with speed in mind. It naturally improves the athlete’s posture by having them maintain a neutral spine. This is key as many exercises can be “gotten away with” through slouching, weakening the core. You can also use these exercises to help reduce back pain as well as stabilize the pelvis.

HOW TO PERFORM SEATED DEAD BUGS:

* Sit up straight with your legs in front and knees slightly bent.
* Lift your chest slightly while leaning back slightly and raising your arms to your ears.
* While keeping your chest up, lower one hand to your knee and hold for one second.
* After holding, bring that hand back to the original position and repeating with the opposite hand.

It may seem a bit odd at first glance, but Prone Cobras are an excellent way of helping your core. These workouts are great for the posterior muscles (glutes, rhomboids, erector spinae, etc.), which are vitally important when performing a sprint.

The main point of the exercise is that it helps improve your hip extensions by activating the glute muscles. This allows for freer hips and a faster sprint as a result.

HOW TO PERFORM PRONE COBRAS:

* Lay face down on the ground.
* While laying down, raise your arms out at 45 degrees with your palm facing the ground.
* Then, lift your chest off the ground and squeeze your butt, pinning your shoulders down and back.
* Hold this position for as long as possible, starting with 10-40 seconds as the start.

Technically, Stir The Pot is more of a mix between stability and rotation. However, I’ll throw it in here as the ultimate purpose is to build up your core stability while in awkward and unorthodox positions. The Stir the Pot exercise combines the Plank while performing rotations with your arms. To make things even more interesting, you’re doing these while on an unstable surface in an effort to focus on your stabilizing muscles. This is further emphasized by holding a neutral spine and tucking in the chin.

While it may seem very intense (and it is), it’s a great way to consistently improve your stabilizer muscles, thus giving you a faster sprint speed.

HOW TO PERFORM STIR THE POT:

* Perform a PLANK while on an exercise ball. You want to make sure your back and chest are both up while your shoulders are pointed down.
* While holding the Plank, make big circles with your arms either clockwise or counterclockwise.
* After performing a set number of repetitions, rotate your arms in the opposite direction.

Anti-Rotations are more often than not completely ignored and overlooked as a viable core exercise. And as you’d expect (since they’re on this list), that not only is incorrect, but it’s leaving an incredibly beneficial exercise off the table when it comes to improving your speed.

The reason anti-rotations are such a great option comes down to your torso. When moving at high speeds, your torso naturally wants to rotate. Numerous studies have shown this, but you can easily tell by going for a jog or sprint while not holding your core in place. You’ll notice that you’ll want to twist in either direction with each step.

The problem with this is that it robs you of your energy as you move. With each step, you are throwing away energy, rotating your torso rather than putting that energy towards pushing you forward.

By performing anti-rotation exercises, you build your core muscles to resist these twists and rotations. To do that, you’ll focus on your abdominis as well as your obliques.

The Pallof Press is a pretty common exercise for anti-rotation. It can be done with a cable machine or exercise band, with bands being the better option as they are never going to be too heavy or difficult for you to use and are pretty mobile.

HOW TO PERFORM THE PALLOF PRESS:

* Tie an exercise band to a nearby pole or rack.
* Pulling away from the pole with the band’s handle, try to create a good amount of tension between the two.
* While pinning your shoulders back and keeping your feet at hip’s width apart, press the band away from your chest.
* When the arms are extended, pull the band back towards the chest.
* Complete a set number of repetitions per set. Movements should always be slow and controlled as you extend and retract the band.

While a bit advanced, the banded march can do wonders for keeping your core tight and reducing any rotational movements. The way it works is by forcing the athlete in question to resist rotating while moving.

As I said, it is pretty advanced so consider doing this after you have mastered the others on this list. 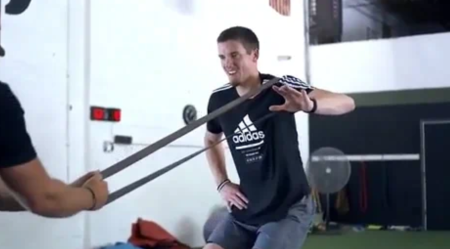 HOW TO PERFORM A BANDED MARCH:

* Either grab an exercise band as well as a partner.
* While bending your elbow 90 degrees, keep your shoulders lateral.
* Then, throw the band over your shoulder as you enter into a quarter squat.
* Walk backward for around 10 yards with your partner following. This keeps that same tension level throughout the exercise.
* After walking the full 10 yards, do the exercise again from the opposite shoulder. This completes one repetition.

For many athletes, the Bird Dog is a pretty well-known exercise. It works by stabilizing the spine and helping to integrate the upper and lower halves. They are also great for hip extensions which, as we’ve already covered, are great for sprinting.

HOW TO PERFORM A BIRD DOG:

* Go into a push-up position.
* While the core is tight, raise one arm and its opposite leg straight out.
* Make sure that the hips are as level as possible, reducing the amount that your body rotates.
* Hold for at least one second before switching to the opposite side. After completing 10 for each side, you will have completed a set.

Finally, we have Rotation, Flexion, and Extension exercises. These include SUPERMANS and RUSSIAN TWISTS. I’m going to be focusing on a flexion exercise. That said, taking your time and implementing others into your workout will also net you dramatic improvements overall.

Very much not your standard flexion exercise, Sprinter Sit-Ups work to integrate the muscles in the anterior chain in order to make your knee and arm movements more efficient. This is done by simultaneously popping the arm and knee, creating a seamless motion.

HOW TO PERFORM THE SPRINTER SIT-UP:

* First, lay on your back with both your arms and legs in a straightened position.
* Next, lift one arm and its opposite knee up, similar to how you would if you were sprinting.
* As you lift both your arm and its alternative knee, lift your back off the ground. Keep your tongue sitting at the roof of the mouth to keep from jutting your head forward.
* Low your back down to the floor in a slow and controlled manner before switching sides.

As promised, since you’ve read to the end, here are some core training parameters to keep in mind when implementing these core exercises into your regular workout. 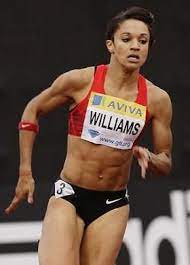 KEY PARAMETERS TO KEEP IN MIND:

* When working out, you always want to end your workout with core training. Doing it too early will exhaust your core and interfere with your strength lifts.
* Perform 2-3 sets of 1 or 2 exercises per workout. Beware of overtraining your core and making your regular life very difficult.
* Engage in core training four times a week. Studies have revealed that frequency is equal to volume in terms of importance.
* Do between 8 and 15 reps per set. 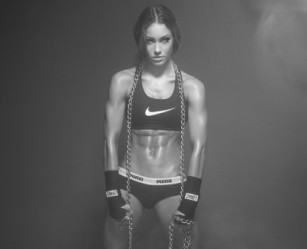 Get an Athletic Body With Just 4 Exercises 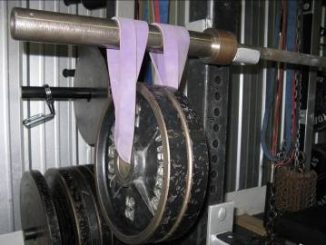 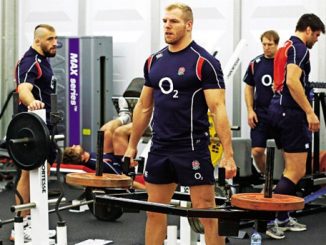 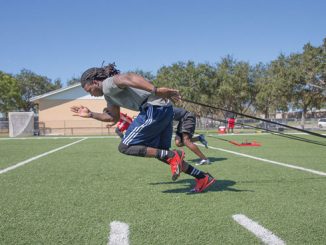 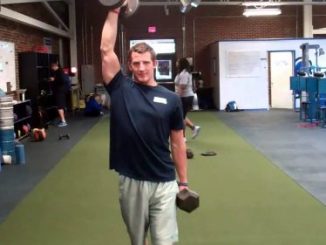